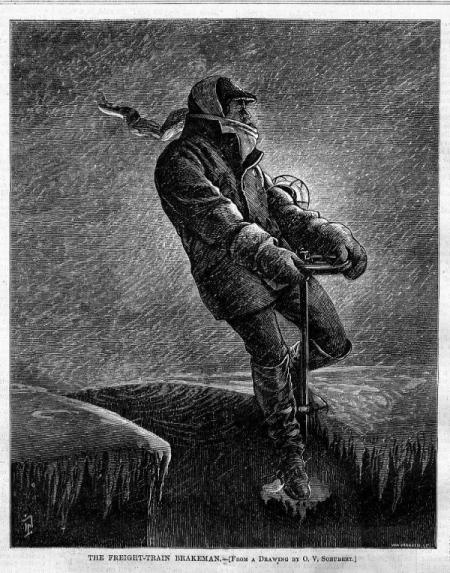 Is it true I’ve killed my brakeman?
Is it true that he is dying?
Oh, I tried to stop my motor
But I could not stop in time!

See the cars stacked up on him
See him raise his weary head
See his sister standing by him
Crying, Brother, are you dead?"

"Sister, sister, I am dying
Soon I’ll be on yonder shore
Soon I’ll have a home in heaven
There’ll be no braking anymore

Go tell my father, who is weighman
What he weighs to weigh it fair
There’ll be no scales up in heaven
For that meeting in the air."