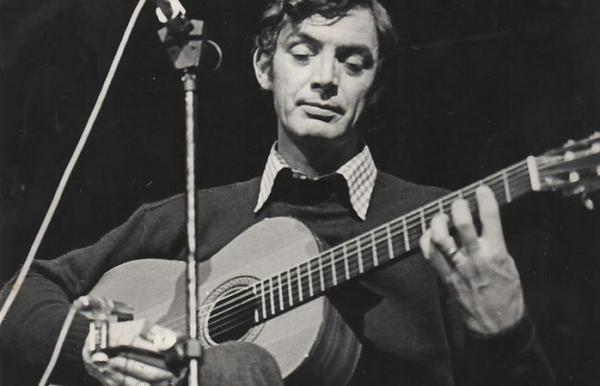 This version comes from the BBC programme The Camera and the Song. The names at the end are all on the cenotaph featured in the programme.
Eileen Barrowclough
Betty Nelson
Susan Haverley
Kitty Whittaker
Celia Woodhead, poor Cecilia
Dorothy Townend, he was good to her
Big Maggie Bentley, all those children
Young Molly Kershaw, couldn't believe it
Amy Butterworth, died soon after
Catherine Armitage, was unfaithful
Little Cissie Metcalfe, never been the same

The centre of the village is the village Cenotaph
With steps of Yorkshire granite and a Latin epitaph
It's there on temperate afternoons the nodding village elders sit
And knock their poxy pipes out and blasphemously spit.

Oh brother greybeard, we were heroes
We know that there is blacker shag than yours
Like the shepherd limping to his hillside, brother
We have all been gobbed upon before

Oh brother riff raff, we were heroes
We know that there is bigger cheek than yours
Like the ploughboy stumbling on the furrow, brother
We have all been sat upon before

A lover and his darling come and shyly intertwine
And the humble love they make resounds around our hollow shrine
Yes, life goes surging on upon the names of those who fell
Her joyous buttocks thudding, his involuntary yell

Oh happy lovers, we were heroes
We know there's bigger jiggery-poke than yours
Like the weeping orphan, like the staring widow
We have all been jumped upon before