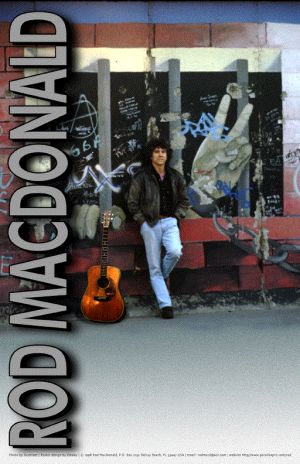 Ah but those who say you have to go and fight
Never send their own to battle, it's always someone else's sacrifice
That makes the system go
As long as there's enough poverty
There'll be volunteers for the military
While the ones who run the show sit back and watch their millions grow

Ah but then it all gets marketed like a movie
Some great adventure across the world, some documentary
And compared to wars in history fought for real causes
Against slavery, tyranny,
Extermination camps
How could there ever be enough oil wells to justify the losses?

And now no one is afraid to bomb civilians
From so high above the soil you can't even see the oil
Or alone in marketplaces with bombs strapped on their chests
One side kills the other in return for killing them
'Til you look on the down the road, time and time again
All you do is is sacrifice the future for the past