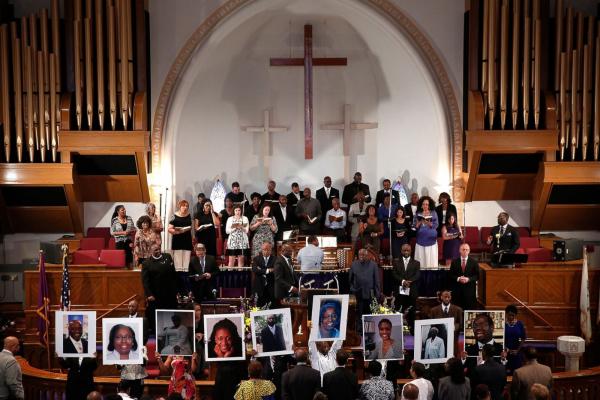 
Tra le nove vittime, sei donne e tre uomini, tutti afroamericani, ci fu anche il reverendo Pinckney.
A young man came to a house of prayer
They did not ask what brought him there
He was not friend, he was not kin
but they opened the door and let him in

And for an hour the stranger stayed
He sat with them and seemed to pray
But then the young man drew a gun
and killed nine people, old and young