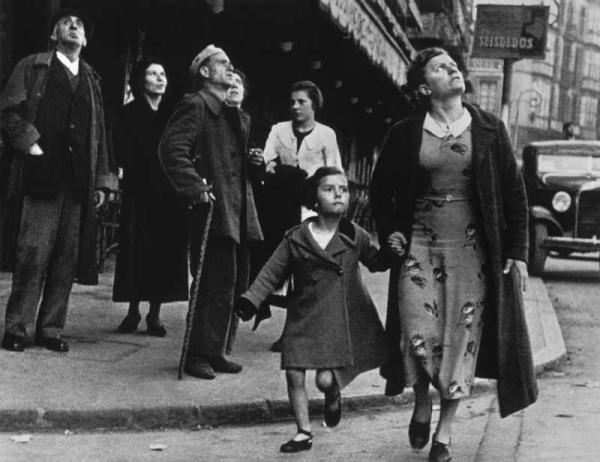 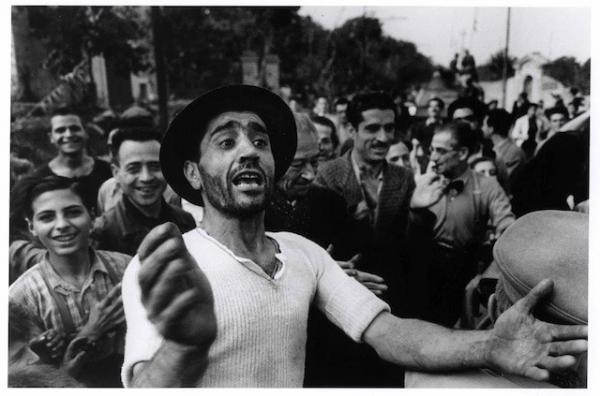 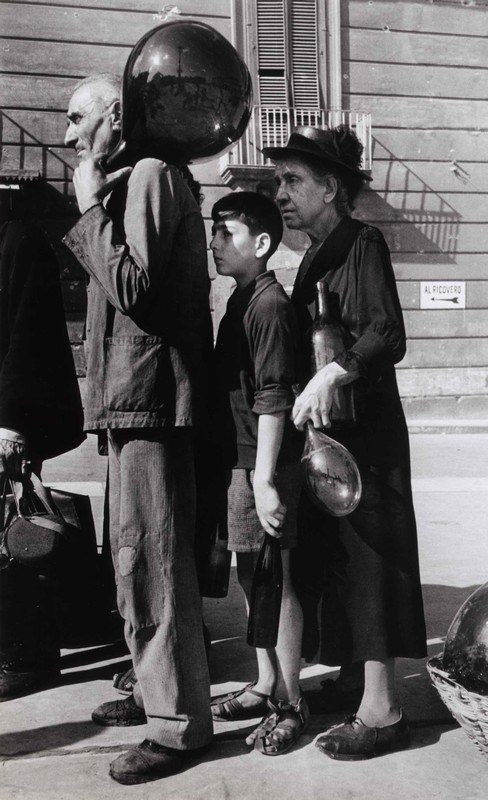 In coda per l’acqua in una via di Napoli, ottobre 1943 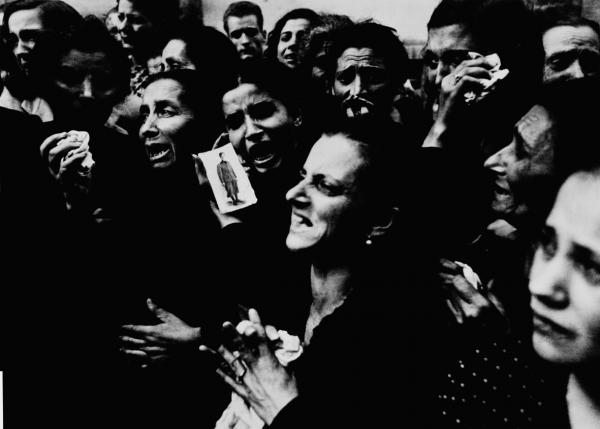 Donne al funerale di un partigiano
Going with Company "E" to the first wave
I moved to get a close up
The first soldier of the opposite party stopped midway
And cried.
Are these the shots you're waiting for?
The shots of blood and pain are the ones you're
Waiting for
The U.S. Medal of Freedom will never bring back life to the
Death I've seen
The goal of my life
I would like to be an unemployed war reporter
Pablo Picasso
Francois Gilot
Hemingway
Hitchcock
Ingrid Bergman
Henri Matisse
They all knew I'm a gambler, corresponding with death
They know that life is white light, slightly out of focus
Kamikaze Cappa always on the road
Kamikaze Cappa ein Bild für den Tod
Kamikaze Cappa at the speed of life
Kamikaze Driver
You're the sunset diver
You're the sunset diver
Walking with a column of French soldiers
In Thai Ping, Indochina
May 25, 1954 at 2:55 PM, Robert Cappa, born as Ernest Andre
Friedmann 1913 in Hungary, stepped on a mine
The Vietnamese Lieutenant said "Le photograph est mort."