You Only Need Say Nothing

>>> Straight to the censors 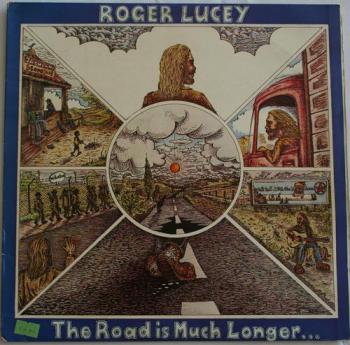 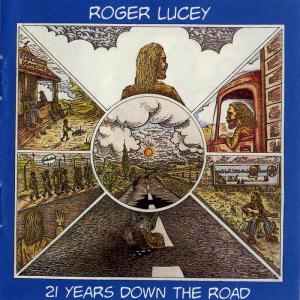 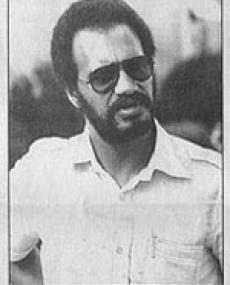 
This biography is an extract from a newspaper article on Peter Jones written by by Khuthala Nandipha for 'City Press', September 2007.

“I only heard of Steve’s death the day after the funeral, three weeks after his death,” Peter Jones remembers sadly.

Steve Biko and Jones were arrested in Grahamstown but separated in Port Elizabeth. Jones was held at the Algoa Park police cells.

“Although I was very anxious during all this time and feared for the safety of some of the many comrades that were arrested after our own arrest, I did not for a moment think of Steve’s safety,” says Jones.

“He just did not feature in my mind as a victim of any kind,” he adds.

Hundreds of young protesters were arrested on returning home from Biko’s funeral.

Jones says he tried to speak to some detainees in a cell next to his. When they learnt that Jones was next door, he says, they started screaming until the police broke this up violently.

It was then that Jones learnt that they had attended Biko’s funeral in King Williams Town.

“Steve’s death left me with no words. I sat with what can only be described as a heavy blow to the chest- a persistent pressure, an inconsolability persisting for many years,” he says.

Jones and Biko, both members of the Black People’s Convention, were travelling together when they were arrested on August 18, 1977.

They were returning form a meeting in Cape Town which had been cancelled, when they hit a road block in Grahamstown.

Jones says the Pan African Congress and African National Congress wanted to canvass support for unity across the liberation spectrum at the meeting.

“Steve and I aborted the meeting after we arrived in Cape Town and several strange incidents happened that made us feel very uneasy and unsafe.”

Jones visited Biko’s friends and family in 1984 when his banning order expired.

“I looked in the sad eyes of some of our friends and when I finally embraced Mamcethe, Steve’s mother, I just broke down.”

Jones and Biko became close at a Black People’s Convention congress in January 1977.

Biko was elected as honorary president and Jones the national secretary for economics and finance.

“Steve had a funny and happy demeanour,” says Jones. “He was serious and committed to his work for the people, like the rest of us. His capacity and fearlessness for people- all kinds, good ones or evil – was something to be experienced.”

The two spent a lot of time with their political counterparts in King William’s Town.

“Steve and I shared a somewhat frenetic interaction on a daily basis, but would have moments where we were able to be quiet with each other, in fellowship and reflective.

“This would also occur in the wee hours of the morning, when the crowd had departed.”

Biko’s death did not deter Jones. He continued to strive for a better life for black people.

He has since moved back to the Eastern Cape and is involved in a sustainable development and integrated rural village renewal programme.

Much like Biko, Jones is working on ensuring that communal lands, where the majority of poor South Africans live, “be turned into productive, economically functioning areas in the shortest possible time using self-reliance methodologies.”

Down in Grahamstown prison
Sat Peter Jones alone
For seventeen months he sat there
And nothing was done
And then they released him
And just as soon they banned him
And cops didn't say a thing
But the waiting, deadly scorpion
Just sharpens up his sting

The former was about a young man who “jumped” to his death from the fifth floor at the branch’s offices in Port Elizabeth.

The latter had lyrics such as “And there’s teargas at the funeral of a boy gunned down by cops/ They say that there are too many mourners and this is where it stops/ And the moral of the episode — Is to do what you are told”.

To impress his bosses, Erasmus went to work even before the censors. In between planting bombs, harassing Winnie Mandela and about 500 other transgressions, the overzealous cop focused his attention on Lucey.

He called WEA Records (they distributed LPs for 3rd Ear Records) and told them the record was banned. “I also planted the seed that Roger was a ‘prime suspect’, connected with either the ANC/SACP [South African Communist Party] and dropped the hint that he was facing imminent arrest. WEA were aghast — obviously investing and promoting Lucey was not going to be a profitable venture.”

They refused to distribute any further copies of the record.

“We kept monitoring Roger’s live shows, stopping one at a Braamfontein [Johannesburg] restaurant in mid ‘track’ … by pouring CS (tear gas powder) into the air conditioning and watching the evacuation from across the road with great amusement! This ‘action’ was followed up by a series of phone calls threatening to blow up the restaurant if they continued with his shows. No surprise that his gigs didn’t last long.”

Threatening phone calls and even threats of bombs at the venue meant that Lucey’s concerts dried up — the last one was in 1983 Lucey’s first record was banned and the second was never released.

Ten years later Erasmus resigned. He later gave evidence at the Truth commission about all the dirty tricks and was granted amnesty in November 2000.

Apart from a short epilogue about Lucey and Erasmus, Back in from the Anger ends in 1995, begging for another book about what happened next. “There is another story. Jacana seem keen that I continue the story,” says Lucey. “A lot of amazing things happened … there were certain parts that weren’t so nice but they were interesting.”