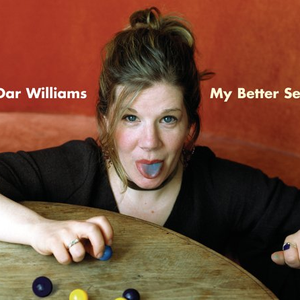 "The best, most solid place to stand as you look at our present situation is on a foundation of history. The Roman Empire, the British Empire, and the Nazi empire all have things in common. It's a cautionary song because empires are doomed. They become more diffuse, more broke, demagogues rule, and so I was just pointing out some similarities between past empires and what's going on right now. They all have had to apply more and more harsh rhetoric of superiority and divine right to justify the building of hegemony."
Who's afraid of the son?
Who would question the goodness of the mighty?
We who banish the threat,
When your little ones all go nighty nighty?
Well there's no time for doubt right now,
And less time to explain.
So get back on your horses,
Kiss my ring,
And join our next campaign,

And the Empire grows
with the news that we're winning,
With more fear to conquer,
more gold thread for spinning,
Till it's bright as the son,
Shining on everyone.

Some would say that we've forced our words,
And we find that ingenuously churlish.
Words are just words.
Don't be so pessimistic, weak and girlish.
We like strong, happy people
Who don't think
there's something wrong with pride,
Work makes them free,
And we spread that freedom far and wide,

And the Empire grows the seeds of its glory,
For every five tanks,
Plant a sentimental story,

Till they worship the son,
Even Christ loving ones.
And we'll kill the terrorizers
and a million of their races,

But when our people torture you,
that's a few random cases.
Don't question the son.
It doesn't help anyone.

But the journalists cried out,
When it was too late to stop us.
Everyone had awakened
To the dream they could enter our colossus.
And now I'm right, yeah, you said I'm right,
There's nothing that can harm me,
Cause the sun never sets on my dungeons or my army,