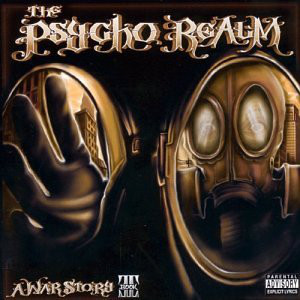 Questa è una canzone da inserire nel contesto dell'album, concepito come un racconto unico, di cui le canzoni sono le varie tappe della storia narrata. "Unknown soldier" presenta l'orrore della guerra attraverso gli occhi folli e fissi nel vuoto del soldato che è appena ritornato dal fronte. The Doors avevano composto una canzone omonima per il loro capolavoro "Waiting for the Sun", ma naturalmente ogni confronto sia sull'ambito musicale sia sull'ambito del testo è improponibile.
The unknown soldier
came back when the war was over
he gave his life to keep the order
and comes home unknown
they give him the cold shoulder
borders die like troops that take sides to break
widespread panic
and it don't matter if they lose their lives
some survive, so much for patriot pride
they arrive, nobody welcoming those who fight
and the unlucky ones who fall get no love at all
get scribed on a wall, memorial plate, cause fate called
the body hauled into the garden, the problem solved
only if the corpse is found and undissolved.

Now it's truggle, for my life to stay humble
when the lines of sanity disappeared in the jungle
rumble, my minds is torn between calm
and sick ass storm I'm trouble
i lead double lives indeed
I can't wait to make you bleed. I want peace
my family can't deal with me
please, I need insanity
my head is stuck, with memories of bullets
and who they struck so I'm fucked
must take control of myself
before I shift and hurt someone else.

The unknown soldier (x2)
War scars the mind of all veterans.

Now, the story was told to me by my folks
the old war was filled with pain and blood soaked
our people rebelled and made the gun smoke
had hopes to live better back then so they broke
couldn't cope with begins shut downn, put down
so they found the underground looking for freedom
from psycho realms outlooks was dim evil filled
this glass to the rim but the victory was
recorded on memory film.

Yeah, I'm insane
and the war leaves soldiers
scarred and lost with no name
real hard to kill and well trained
in games that bring cold flashes and pain
blood floods the lawn with red rain
and red dawn lives on in memory lane
I lay awake with no escape
and the eyes in the mirror look more derranged
don't fuck with me, my world
is controlled by a force that keeps my heart cold
murder unfolds from the gun I hold
and these actions keep a soldier unknown.
The unknown soldier.

The unknown soldier (x2)
War scars the mind of all veterans.