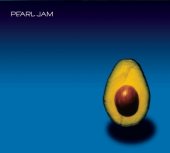 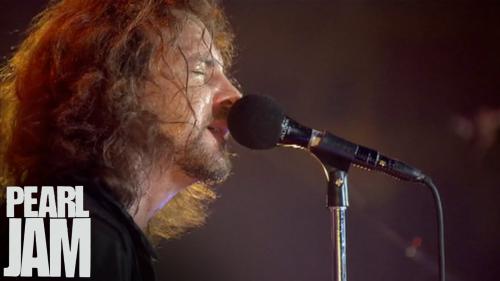 "World Wide Suicide" is the first single from Pearl Jam's eighth studio album, Pearl Jam. The lyrics depict anger against the war in Iraq, and criticize the US government in a subtle manner.

In late February, the band made a 15-second clip of the song available on the Internet, which was then played on numerous North American radio stations. The snippet revealed a hard-rocking sound with a noted return to the dominant vocal styles of Vedder's earlier work. It was first played on US radio on March 3, 2006 on KNDD (Seattle). On March 6, 2006 "World Wide Suicide" was made available via the band's official site to download for free. It was released to general airplay on March 7. Between then and March 12, it was played over 1900 times on modern rock stations in the United States, meaning that it was one of the fastest-growing alternative rock songs of 2006 in the US. The single hit digital music stores on March 14 accompanied by the upbeat B-Side "Unemployable", also on the new album.

It entered the Billboard Modern Rock Tracks chart at #3, making it one of the highest debuts of the last several years and became the band's first #1 on that chart since "Who You Are" in 1996. "World Wide Suicide" was also the band's first #1 single of any sort in 8 years (since "Given to Fly" hit #1 in 1998). The song spent a total of three weeks at #1 on the Modern Rock chart. Without selling any hard copies of the single or distributing CDs to radio programmers, consultants and industry contacts, "World Wide Suicide" became the first digitally delivered #1 song in Canadian radio history.

Live performances of "World Wide Suicide" can be found on the Live at the Gorge 05/06 box set. A performance of the song mixed from various dates in Italy is also included on the DVD Immagine In Cornice.

A music video was made for the song directed by Danny Clinch. The video features footage shot in 2006 of the band performing the song in a studio interspersed with clips shot in 2005 of a Chilean street performer (Sebastián González, 24 years old) whom the band met while touring South America. The latter portions of the video were filmed in November 2005 in the bathrooms of their Chile concert location San Carlos de Apoquindo Stadium.

en.wikipedia
I felt the earth on Monday
It moved beneath my feet
In the form of a morning paper
Laid out for me to see

It's a shame to awake in a world of pain
What does it mean when a war has taken over?

It's the same everyday in a hell manmade
What can be saved, and who will be left to hold her?


It's the same everyday and the wave won't break
Tell you to pray, while the devils on their shoulder
Laying claim to the take that our soldiers save
Does not equate, and the truth's already out there

It's a shame to awake in a world of pain
What does it mean when a war has taken over?

It's the same everyday and the wave won't break
Tell you to pray, while the devils on their shoulder