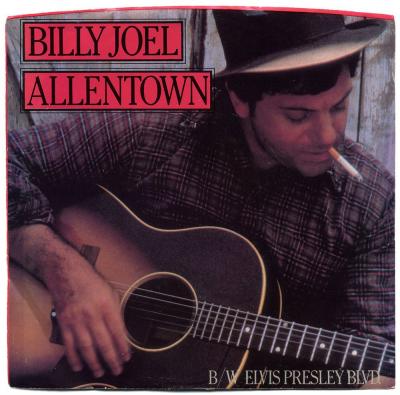 While a generation older than many of the acts he shared the stage with in the 1970s and '80s, and displaying little interest in the haircuts, fashions and synthesizers of his contemporaries, he still managed to record some of the most memorable hits of the era, including "Uptown Girl" in 1983. Joel grew up a member of middle America's working class society. At the insistance of his father Joel had taken formal piano lessons in his youth, but it was clear early on that his musical ambitions lay more in the popular realm. He joined his first unsuccessful rock bands in the late 1960s, playing British-invasion/psychadelia-inspired pop, before his embarking on his first unsuccessful solo project. In 1973 he finally found a winning formula with the record "Piano Man," and his stock rose significantly in the music industry. Through the '70s and into the '80s Joel continued to record thoughtful, intelligent, light rock, winning a Grammy in 1977 for "Just the Way You Are." He returned to his working class roots in "Allentown," chronicling the plight of America's industrial centers as production contracts and jobs went overseas. In 1983 he released "Uptown Girl," a light-hearted, 1950s-era pop song, the video to which featured Joel's future bride Christie Brinkley. And while Joel and Brinkley's marriage disolved in 1994, Joel's musical career has been longer lived as he has continued to record and tour.

From this page
Well we're living here in Allentown
And they're closing all the factories down
Out in Bethlehem they're killing time
Filling out forms
Standing in line.

Well our fathers fought the Second World War
Spent their weekends on the Jersey Shore
Met our mothers in the USO
Asked them to dance
Danced with them slow
And we're living here in Allentown.

Well we're waiting here in Allentown
For the Pennsylvania we never found
For the promises our teachers gave
If we worked hard
If we behaved.

So the graduations hang on the wall
But they never really helped us at all
No they never taught us what was real
Iron and coal
And chromium steel.

And we're waiting here in Allentown.

Every child had a pretty good shots
To get at least as far as their old man gots.

But something happened on the way to that place
They threw an American flag in our face
aaaaaah aaaaaaaaaah faaaaaaaccccceee oh oh oh.

Well I'm living here in Allentown
And it's hard to keep a good man down.

And we're living here in Allentown.