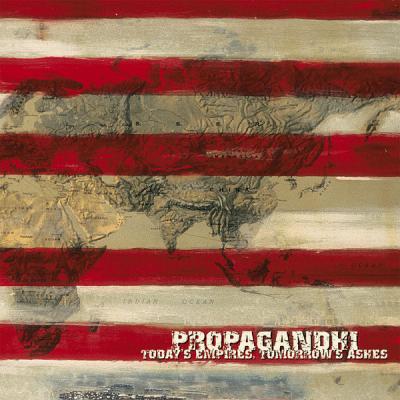 [Recitative]
[Recitativo]
Wadia's best friend's youngest sister was denied a proper burial because for two days they couldn't douse the flames the allied planes had showered on her tiny body. And all the paper trails that lead to all the roads that lead to all these Basras make it seem like we're all just "collateral damage" waiting to be happened in some unforeseen Pentagon budget-drill. Today's Ba'ath regime is just the Red Scare of yesteryear. And I drink myself to sleep because I'm losing faith that any of us will ever amount to anything more than reluctant human subsidies, the moving parts in a death-machine, protesting their complicity, but waiting for somebody else to throw their body on the churning gears. I drink myself to sleep because I'm losing faith that we, here in the Cradle of Affluence can cease this sickening drive for individual strength through state-powers' swinging fists or that we'll ever look back and laugh at the irony that is: an atomic murderer is enshrined in Independence, USA while 8000 miles from here (back in the Cradle of Democracy) it's another banner year for a cottage industry ? a ritual at the corner of George and Constantine - as foundries scramble to recast his decapitated monument.