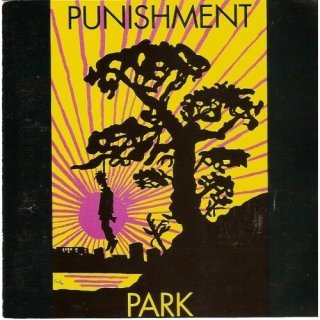 Was Saddam another Hitler?

History, though, has repeated itself in the sense that Saddam was the latest in a long line of rulers, going back millennia, who, after establishing and entrenching their positions in the region through violence, were themselves overthrown by violence.

"As two ... sitting senators who served in World War II, we see the next Hitler in Saddam Hussein." So write Ted Stevens and John Warner in a Washington Times column titled, "Hitler's Disciple in Baghdad." And they recall for us the history of the run-up to that war:
"Hitler ignored the surrender agreements after World War I. He flaunted (sic) the Versailles Peace Treaty and the League of Nations, which was formed to maintain world peace."
A modest dissent: Germany did not surrender in World War I. She agreed to an armistice on Wilson's 14 Points, laid down her arms and sent her High Seas Fleet to the British base at Scapa Flow.
And Versailles was no "agreement." It was a Carthaginian peace, a dictat, imposed on a disarmed Germany at the point of a million bayonets, during a starvation blockade. Germany was told if she did not sign the treaty that stripped her of a tenth of her land and 8 million people, Marshal Foch would march on Berlin.
Any law student will tell you a contract signed at the point of a gun is invalid. Indeed, Hitler first won power democratically on a pledge to overthrow the Versailles regime, which as America and Britain had come to recognize by 1933, had been as unwise as it was unjust.
Hitler did walk out of the League of Nations. But leaving was no more a crime than America's refusal to join in 1919. Not a few Senate Republicans in 1919 believed the League had been set up to preserve not world peace, but a British Empire that had gobbled up the lion's share of Germany's colonies after a war America had fought to "make the world safe for democracy."
Hitler's decision to rearm Germany was a breach of Versailles, but his decision to build a navy one-third the size of the Royal Navy was happily assented to by the British government in negotiations.
"(Hitler) occupied the Rhineland and invaded Austria. No one tried to stop him," write Stevens and Warner.
True, Hitler's remilitarization of the Rhineland was a breach of Versailles and the Locarno Pact he had agreed to honor. But if France did not think German soldiers on German soil west of the Rhine was worth a war, why should America, which had rejected Versailles and was never a party to Locarno?
As for the anschluss with Austria, no one tried to stop Hitler in 1938. But in 1934, when Nazi thugs murdered Chancellor Dollfuss and attempted a coup, someone did. Mussolini sent troops to the Brenner Pass, flew to Vienna in a show of solidarity with Austria, and invited the British and French to Stresa, Italy, to join in a united front to force Hitler to abide by Versailles and Locarno.
Mussolini, however, thought he had gotten Allied approval to avenge Italy's 1896 defeat at Adowa in Abyssinia. But when he invaded Haile Selassie's slave empire, London and Paris put League of Nations morality and moral clarity ahead of vital interests and led the League in imposing sanctions on their Stresa partner.
Thus, when Hitler sent troops into the Rhineland in 1936, and Paris and London sought Italy's support, Mussolini, sanctioned and insulted by his old friends, had found a new one – in Berlin.
"In September of 1939, the world watched him invade Poland," the senators write. Not so. Stalin joined Hitler in the invasion. Britain and France declared war. Why? Because they had rashly and insanely given war guarantees to the Warsaw regime of the dissolute Col. Beck, who had collaborated with Hitler in the rape of Czechoslovakia.
The forgotten truths of 1919-1939? Munich was neither the only, nor even the worst, blunder. Versailles had made another war inevitable. Britain should have put moral clarity on the shelf and looked out for her vital interests first. Her war guarantee to Poland did not save Poland, it only turned Hitler to the west. Thus, Western Europe was overrun, 50 million people perished, and Stalin emerged triumphant with 10 more Christian countries enslaved.

"We see the next Hitler in Saddam," write Stevens and Warner. Well, let's see. Hitler conquered all of Europe from the Arctic to the Aegean and from the Atlantic to Stalingrad. And Saddam?

He invaded Kuwait, a sandbox half the size of Denmark, and got tossed out after a 100-hour ground war. His country has been overflown 40,000 times by U.S. and British planes, and he has not been able to shoot a single plane down. He had no navy, a fourth-rate air force, and a shrunken, demoralized army. His economy is not 1 percent of ours.