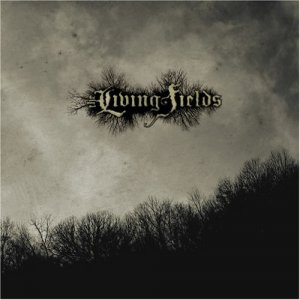 "It should be understood to be a real war. And it's not a new war, it's an old war. Furthermore, it's a perfectly conscious war, everywhere, but specifically in the United States, where there happens...a very free country, but it happens to have a highly class-conscious business class, and always has, and it's very free and open, so you have a lot of information about it, and they have long seen themselves as fighting a bitter class war, except they don't want anyone else to know about it. What's called the 'industrial capitalist system' today is in fact one in which 'private power is the tool and tyrant of government, overwhelms it with its combinations, is bribed by its largesses,' that's a pretty good description of today..." ~ Noam Chomsky

"...this is happening in the third world, happens in every barrio, every migrant camp, every inner city, every Indian reservation in this country. And it doesn't just restrict itself to communities of color, you can find it in Appalachia as well. It is both a racial/ethnic issue and a class issue, by a structure that consigns people to the dregs of misery, just as a concomanent of doing business and wishes to extrapolate itself upon the remainder of the planet." ~ Ward Churchill

"Fact is that to an extraordinary extent, the United States is a business-run society, which means that human rights are subordinated to the overwhelming and overriding need of profit for investors, decisions are placed in the hands of unaccountable private tyrannies, the government in fact is as John Dewey called it, 'the shadow cast by business over society,' and it also means that social policy is geared to the transfer of wealth and power to those who already have it, and deliberately so." ~ Noam Chomsky

"...what I'm not doing is making an argument here that everybody should run out, get yourself some Malatov cocktails, get yourself a piece, snipe at the cops, do all those silly things that they are always accusing us of being about doing. No. I am saying get yourself intellectually, psychologically prepared, get yourself equipped, get yourself trained, have available the option to engage in a reflexive and flexible manner to whatever situation it is that presents itself so that you can engage in a reasonable and rational analysis of whatever it is that may work in any given instance." ~ Ward Churchill

"...Chiapas, Mexico, among the most impoverished and oppressed sectors of the continent, but unlike us, they retain a vibrant tradition of liberty and democracy, a tradition that we have allowed to slip out of our hands or simply be stolen from us. And unless people in the rich - here and in other rich and privileged societies - unless they can recapture and revitalize that tradition, the prospects for democracy are indeed dim." ~ Noam Chomsky