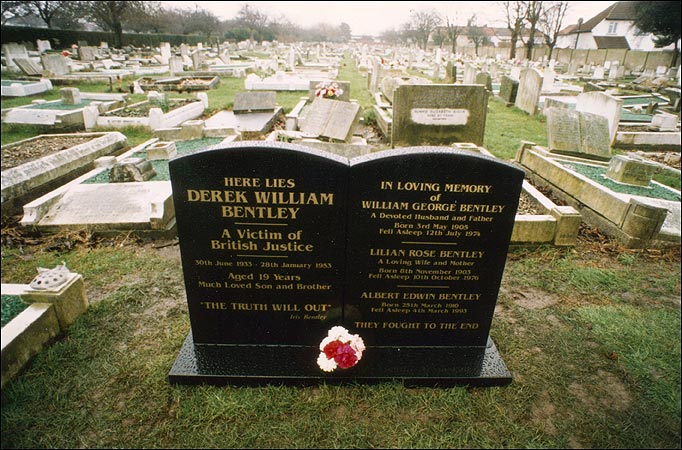 
Un’altra canzone dedicata all’assassinio di Derek Bentley da parte dello Stato inglese nel 1953.
Bentley said to Craig "Let him have it Chris"
They still don't know today just what he meant by this
Craig fired the pistol, but was too young to swing
So the police took Bentley and the very next thing
Let him dangle
Let him dangle

Bentley had surrendered, he was under arrest,
when he gave Chris Craig that fatal request
Craig shot Sidney Miles, he took Bentley's word
The prosecution claimed as they charged them with murder
Let him dangle
Let him dangle

They say Derek Bentley was easily led
Well what's that to the woman that Sidney Miles wed
Though guilty was the verdict, and Craig had shot him dead
The gallows were for Bentley and still she never said
Let him dangle
Let him dangle

Not many people thought that Bentley would hang
But the word never came, the phone never rang
Outside Wandsworth Prison there was horror and hate
As the hangman shook Bentley's hand to calculate his weight
Let him dangle