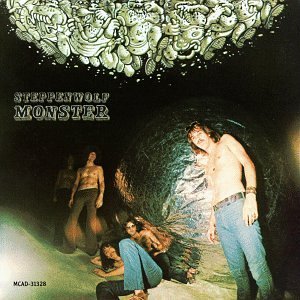 Once the religious, the hunted and weary
Chasing the promise of freedom and hope
Came to this country to build a new vision
Far from the reaches of kingdom and pope
Like good Christians, some would burn the witches
Later some got slaves to gather riches

And once the ties with the crown had been broken
Westward in saddle and wagon it went
And 'til the railroad linked ocean to ocean
Many the lives which had come to an end
While we bullied, stole and bought our a homeland
We began the slaughter of the red man

(Suicide)
The spirit was freedom and justice
And it's keepers seem generous and kind
It's leaders were supposed to serve the country
But now they won't pay it no mind
'Cause the people grew fat and got lazy
And now their vote is a meaningless joke
They babble about law and order
But it's all just an echo of what they've been told
Yeah, there's a monster on the loose
It's got our heads into a noose
And it just sits there watchin'

(America)
America where are you now?
Don't you care about your sons and daughters?
Don't you know we need you now
We can't fight alone against the monster