>>> "Investigation of all the facts, and supported by the testimony... 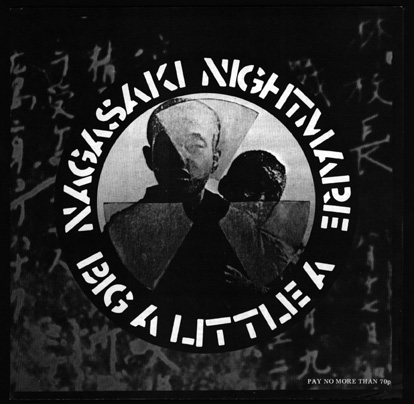 "Investigation of all the facts, and supported by the testimony of the surviving Japanese leaders involved, it is the Survey's opinion that certainly prior to 31 December 1945, and in all probability prior to 1 November 1945, Japan would have surrendered even if the atomic bombs had not been dropped, even if Russia had not entered the war, and even if no invasion had been planned or contemplated."
[United States Strategic Bombing Survey; Summary Report. United States Government Printing Office. 1946. pg. 26.]

"In 1945 Secretary of War Stimson, visiting my headquarters in Germany, informed me that our government was preparing to drop an atomic bomb on Japan. I was one of those who felt that there were a number of cogent reasons to question the wisdom of such an act. During his recitation of the relevant facts, I had been conscious of a feeling of depression and so I voiced to him my grave misgivings, first on the basis of my belief that Japan was already defeated and that dropping the bomb was completely unnecessary, and secondly because I thought that our country should avoid shocking world opinion by the use of a weapon whose employment was, I thought, no longer mandatory as a measure to save American lives."
[Eisenhower, Dwight D. (1963). The White House Years; Mandate For Change: 1953-1956. Doubleday & Company. pp. pp. 312–313.]

"The use of [the atomic bombs] at Hiroshima and Nagasaki was of no material assistance in our war against Japan. The Japanese were already defeated and ready to surrender because of the effective sea blockade and the successful bombing with conventional weapons... The lethal possibilities of atomic warfare in the future are frightening. My own feeling was that in being the first to use it, we had adopted an ethical standard common to the barbarians of the Dark Ages. I was not taught to make war in that fashion , and wars cannot be won by destroying women and children."
[Fleet Admiral William D. Leahy, Chief of Staff to President Truman
Leahy, William D. (1950). I was there. New York. pp. 441]

"The US decision to drop atomic bombs on Hiroshima and Nagasaki in 1945 was meant to kick-start the Cold War rather than end the Second World War, according to two nuclear historians who say they have new evidence backing the controversial theory…New studies of the US, Japanese and Soviet diplomatic archives suggest that Truman's main motive was to limit Soviet expansion in Asia, Kuznick claims. Japan surrendered because the Soviet Union began an invasion a few days after the Hiroshima bombing, not because of the atomic bombs themselves, he says.
According to an account by Walter Brown, assistant to then-US secretary of state James Byrnes, Truman agreed at a meeting three days before the bomb was dropped on Hiroshima that Japan was "looking for peace". Truman was told by his army generals, Douglas Macarthur and Dwight Eisenhower, and his naval chief of staff, William Leahy, that there was no military need to use the bomb.
"Impressing Russia was more important than ending the war in Japan," says Selden. Truman was also worried that he would be accused of wasting money on the Manhattan Project to build the first nuclear bombs, if the bomb was not used, he adds."
Rob Edwards, New Scientist, July 2005