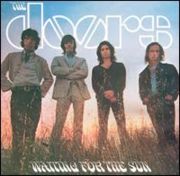 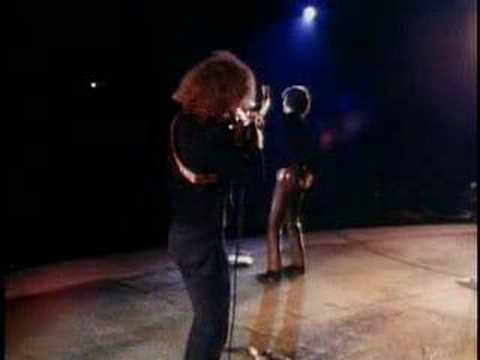 "This is an antiwar song, but not specifically about the Vietnam War, which was going on at the time. The Doors took over 130 takes to record this. Producer Paul Rothchild was being very particular. Many radio stations refused to play this due to its controversial content.
The Doors developed this when they were on tour in 1967.
Some of the sounds in this include military drums, commands, and a firing squad. The firing squad was reproduced on stage with Krieger pointing his guitar at Morrison like a rifle, Densmore dropping a reverb unit to make a loud pop, and Morrison dropping as if he was shot. In the studio, the gunshot sound was a rimshot played by John Densmore on the snare drum.
Morrison directed the promotional film, which featured The Doors acting out the firing squad sequence. In the film, Morrison is executed and blood spews from his mouth. It also contained images from the Vietnam War, which was still going on." - Songfacts

"The Unknown Soldier was the first single from The Doors' 1968 album Waiting for the Sun, and was also the subject of one of the band's few, inventive music videos. The song was Jim Morrison's reaction to the Vietnam War and the way that conflict was portrayed in American media at the time. Lines such as, "Breakfast where the news is read/Television children fed/ unborn living, living dead/bullets strike the helmet's head", concern the way news of the war was being presented in the living rooms of ordinary people.

In the middle of the song, the Doors produce the sounds of what appears to be an execution; in live performances Robby Krieger would point his guitar towards Morrison like a rifle, drummer John Densmore would emulate a gunshot by producing a loud rimshot, by hitting the side of the cymbal, therefore, breaking the sticks to the drum set, and Morrison would fall screaming to the ground. After this middle section, the verses return and the song ends with Morrison's ecstatic celebration of a war being over. In the studio version of the song, the sounds of crowds cheering, and bells tolling, can be heard.

The single for "Unknown Soldier" became the bands fourth top forty hit in the US, peaking at number 39 on the Billboard Hot 100. Its modest chart position was possibly due to its controversial theme and downbeat atmosphere. However, the follow-up single from Waiting for the Sun, "Hello, I Love You", would go all the way to the top of the charts." - en:wikipedia
Wait until the war is over
and we're both a little older.
The unknown soldier