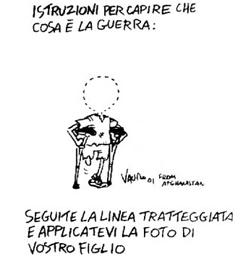 "Directions to understand the nature of war: Please follow the hatched line and stick a pic of your son." 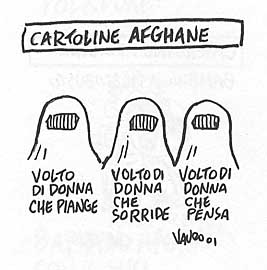 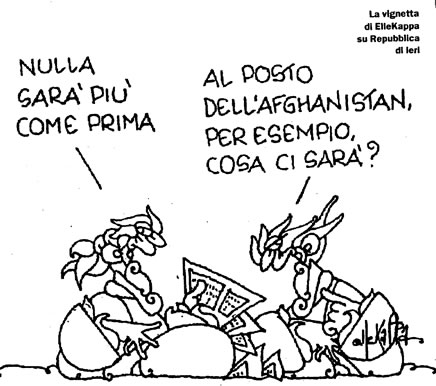 "Nothing will be anymore like it used to be before. By the way, what's gonna to be there instead of Afghanistan?" 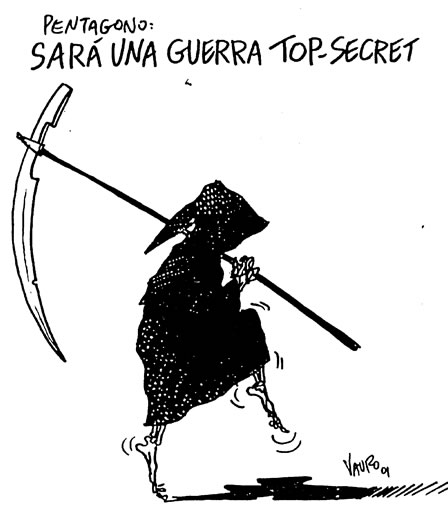 "The Pentagon: This will be a top-secret war." 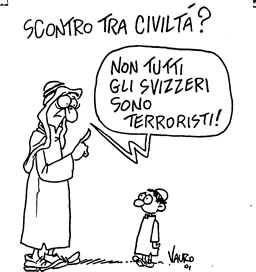 "Civilization crash? Not all the Swiss are terrorists." 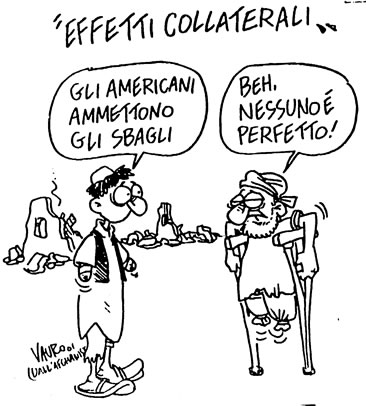 "Collateral effects. US to admit mistakes. Well, no one is perfect." 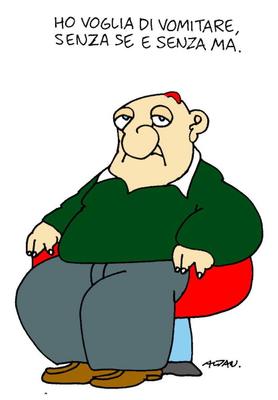 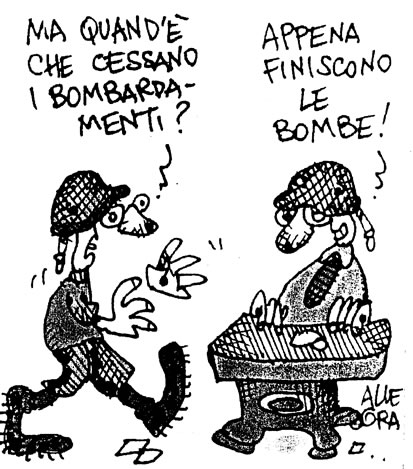 "So, when will bombings cease? When we are out of bombs" 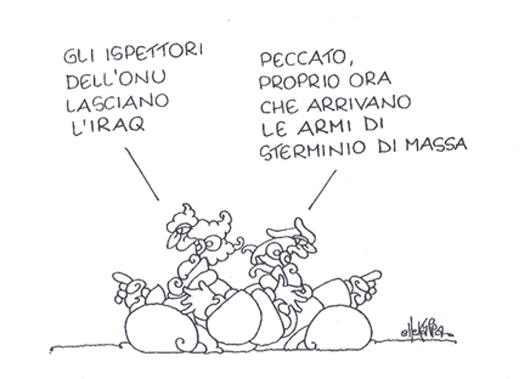 "UN inspectors are leaving Iraq. What a pity, just now that the mass extermination weapons are coming in…" 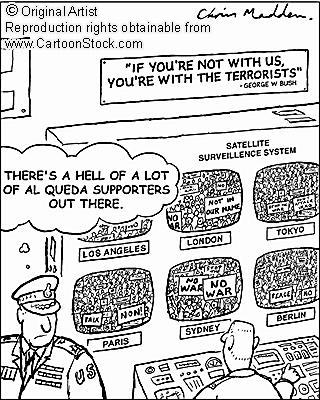 "Uranium: Soldier farts on a general and tells him: Now try if it's good. General gets covered with radioactive shit. Fear of a fart wave on the Italian government." 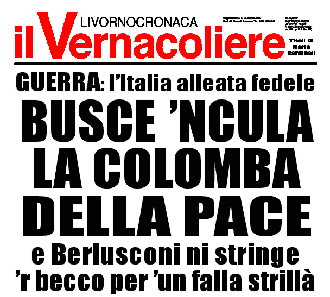 "War: Italy, loyal ally. Dubya buggerin' the peace dove and Berlusconi holdin' its bill to prevent it from squeaking." 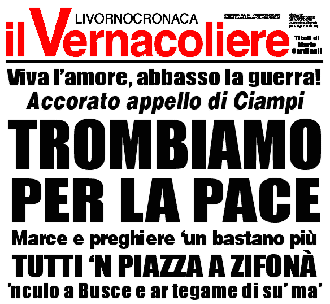 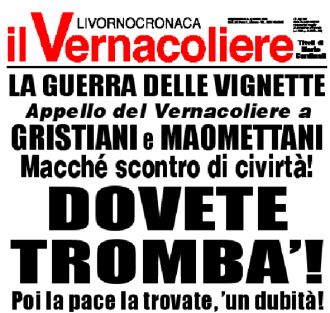 "Cartoons War: An ardent appeal of the Vernacoliere to Christians and Muslims. Don't bother with civilization crashes, fuck instead! No doubt you'll find peace, then!" 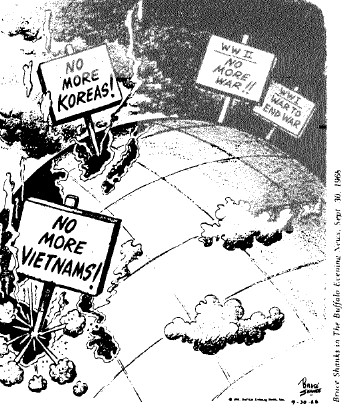 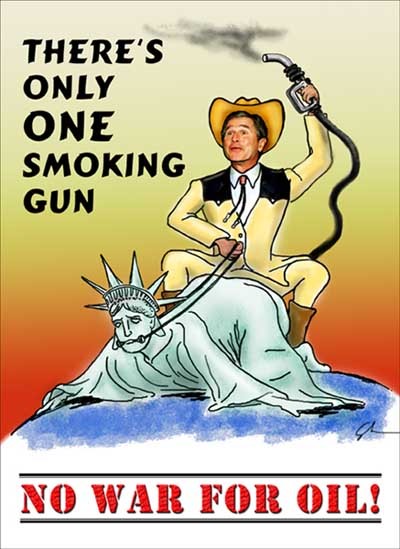 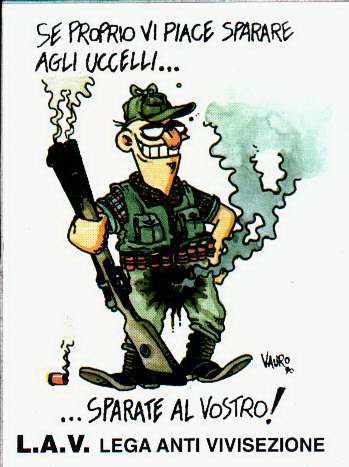 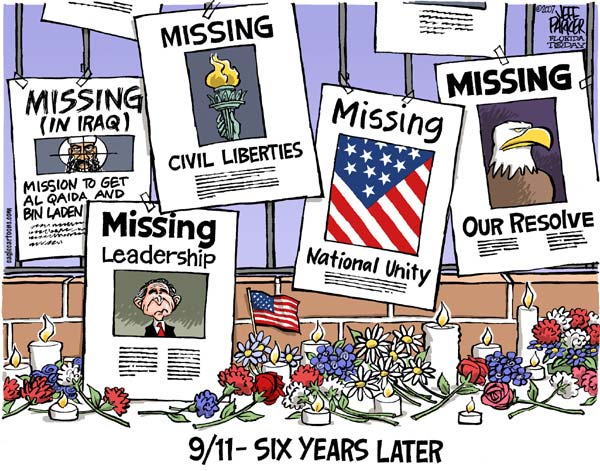 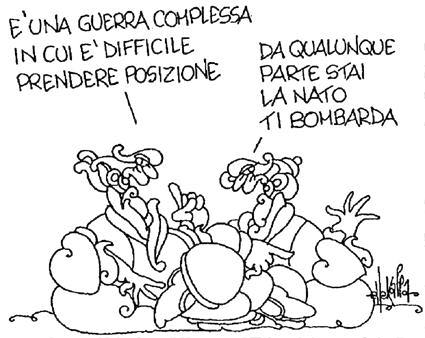 “This is a complex war, it’s not easy to take a definite position. Yes, NATO’s bombing you wherever you stand. No matter of your position.” 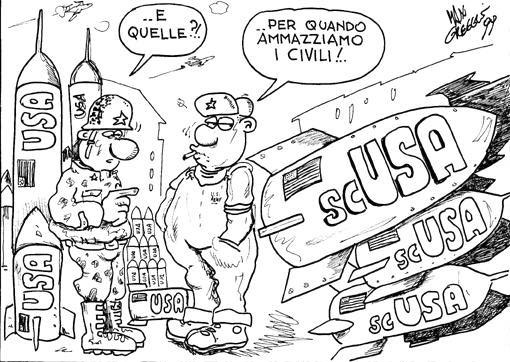 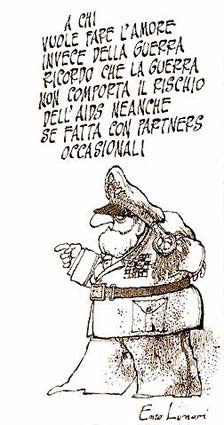 “I do remind to whom wisheth to make love instead of war, that war beareth no AIDS risk, nor even if made with occasional partners.” 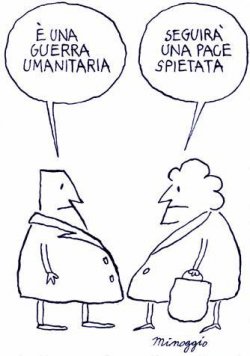 "This is a humanitarian war. A merciless peace will follow." 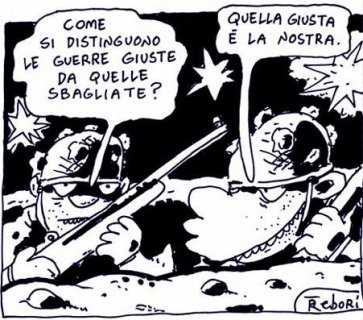 “How do you tell wrong wars from right ones? OUR war is the right one.” 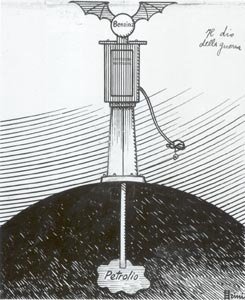 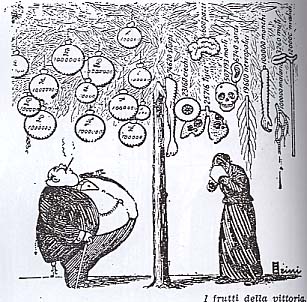 "The fruits of Victory" 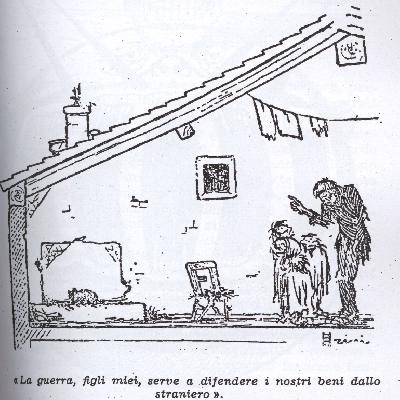 "War, my children, is good to protect our possessions against the strangers." 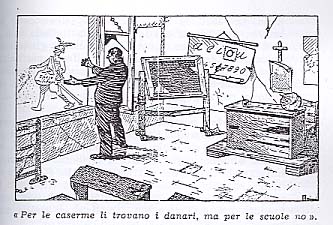 "They do find money for the barracks, not for the schools!" 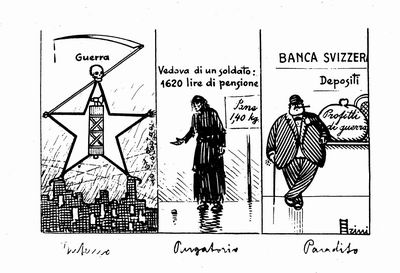 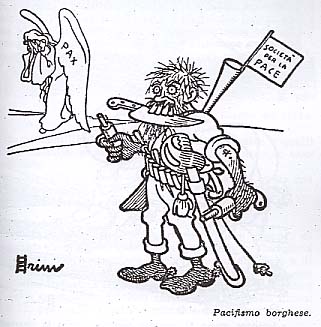 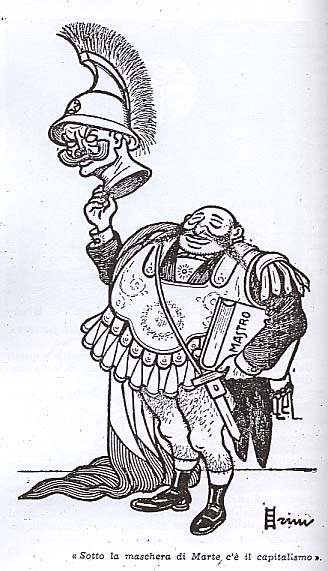 "The mask of Mars conceals capitalism". 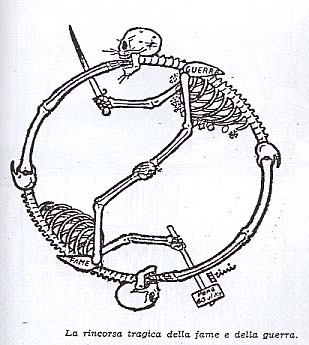 "The tragic race between hunger and war".