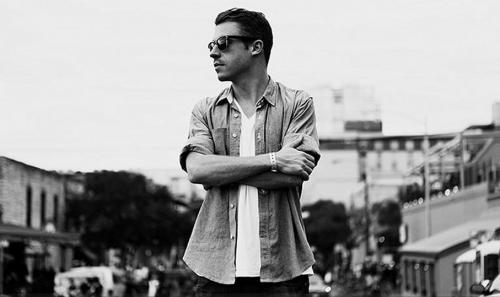 A song from Macklemore's 2005 album "The Language of My World" that Slams then President George W. Bush from a very mocking first person perspective.

See rap genius
[Intro]
Hello Americans
My name is George Bush, and I'm goin' to do a rap for ya'll
Check it out

[Verse 1]
Bitch I'm from Texas
We're homophobic and sexist
And if these Mexicans keep comin in I'ma dismember em
You don't see me in El Paso, selling their tacos
Shit in my el bano, I'll cut off your asshole
God damnit, don't even talk about the faggots
If I ever seen one singin the national anthem I'ma strangle em
Hell nah they can't get married, but they can fight in the military
Hopefully they'll end up buried in a cemetery
I don't even consider em people
Go ahead put 'em in the front lines
next to them negroes
But I'm not racist
Colin Powell's like my brother, aright I admit it I hate 'im
Where's Dick Cheney at? Probably off in Iraq
Findin some oil to tap, tell em I got up on that
And y'all still think it was Bin Laden
When it was us and the Masons, plottin on oil profits

[Hook - x2]
I'm evil
But y'all didn't know though
Now y'all stuck with a president that y'all didn't vote fo'
Unemployment is up, the economy's in a ditch
Our country's at war, but I don't give a shit I'm rich

[Verse 2]
My brother said some racist shit a coupla years back
Then the blacks came out and started to protest and crap
And I knew I'd have little hope, cuz all the sudden
The blacks got together and started to register to vote
But thank God for computers and them helping
Cuz we got the last names of every single felon
We programmed the computers to find the names that were the same
Whoever came up couldn't vote on th' election day
Way to go Jeb, really great strategy
We got rid of the majority of black families
And I'm not even talkin' about Dade County
The expired military ballots are bogus counted
I'd like to thank my cousin and the help from my pappy
My cousin owns Fox and it made me very happy
He told the entire world that I won
Before the votes were bein done counted
And even though Gore had more, what matters in the end
Is the Supreme Court, and those are my dad's friends
So thank you very much, and please remember
If you don't vote, I'll see you back in November