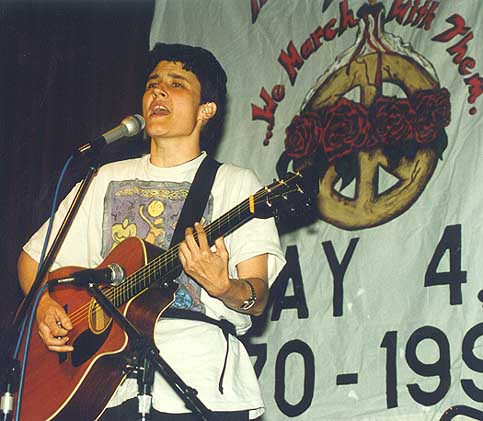 Pat Humphries‎
In Montgomery and in ‎‎Selma and the streets of ‎‎Birmingham
The people sent a message to the leaders of the land.
We have fought and we have suffered but we know the wrong from right.
We are family, we are neighbors, we are black and we are white.‎

Here I go bound for freedom, may my truth take the lead
Not the preacher, not the congress, not the millionaire but me
I will organize for justice. I will raise my voice in song.
And our children will be free to lead the world and carry on.‎

From a cell in Pennsylvania, from an inmate on death row,
‎Mumia had the courage to expose ‎the evil show.
From the court room to the board room in the television's glare
How the greedy live off poor and hungry people everywhere.‎

Here I go though I'm standing on my own,
I remember those before me and I know I'm not alone.
I will organize for justice. I will raise my voice in song,
And our children will be free to lead the world and carry on.‎

From the streets of New York City 'cross the ocean and beyond
People from all nations create a common bond.
With our conscience as our weapon, we are witness to the fall.
We are simple, we are brilliant,
We are one and we are all.‎